Why Are My Apps Crashing? 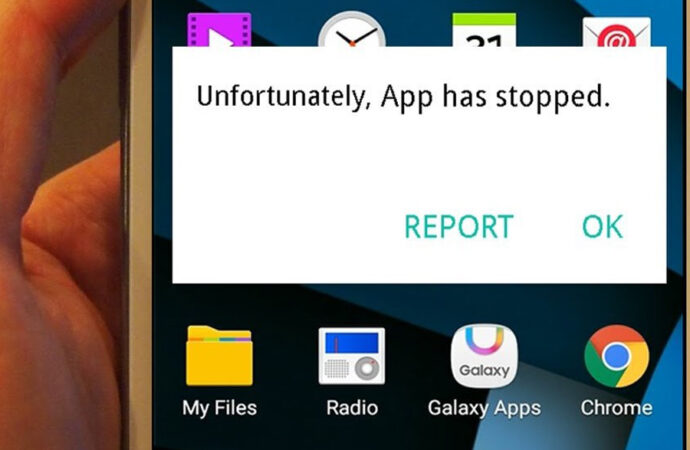 Apps crashing to you? Well, you’re not alone! Today, we’re going to take a look at some common reasons why apps crash and how to fix them. If you’re like me, you have a lot of apps on your phone. And sometimes they crash. I would think to myself, “Why are my apps crashing? What

Apps crashing to you? Well, you’re not alone! Today, we’re going to take a look at some common reasons why apps crash and how to fix them.

If you’re like me, you have a lot of apps on your phone. And sometimes they crash. I would think to myself, “Why are my apps crashing? What am I doing wrong?” But then I realized that there are a lot of possible reasons why an app might crash. So don’t worry – you’re not alone! Today, we’re going to take a look at some of the most common reasons why apps crash and what you can do about it. Let’s get started!

Why Are My Apps Crashing? Well, Let’s Find Out.

Apps are standalone software programs that run on smartphones, tablets, or desktop computers. They usually have a specific purpose, such as for shopping, checking the news, or tracking your fitness progress.

There are literally hundreds of thousands of different apps available for download, and new ones are released all the time. To find and install an app, you can search the App Store (for Apple devices) or the Google Play Store (for Android devices).

Apps work by taking input from the user and performing a set of instructions based on that input. For example, when you open an app, it might ask you to type in your username and password. After you type them in, the app will then log you into the account.

Usually “a crash” means that the software or application has stopped working properly. This can be caused by a number of factors, such as a coding error, a problem with the software’s codebase, or an issue with the hardware.

Apps can also perform more complex tasks. For example, a photo editing app might take a photo as input and then allow you to edit it by adjusting the brightness, contrast, and other settings. Once you’re done editing the photo, the app will save it back to your phone’s storage.

There can be a few different things that cause an app to crash on your device. One of the most common reasons is when the app runs out of memory. This can be a result of either too many apps running in the background or a lack of available storage space on your device.

Another possibility is that there may be a problem with the app itself, and it’s not able to properly function due to a coding error or another issue. If this is the case, you may need to contact the developer for assistance in getting it fixed.

Finally, if your device is running low on battery power, this can also cause apps to crash. So make sure you keep your device charged regularly!

There are a few things you can do to help prevent apps from crashing. First, make sure that your device has enough storage space to run the app. If there isn’t enough space, the app can crash. Second, close any other apps that are running in the background. If too many apps are running at the same time, it can slow down your device and cause the app to crash. Third, make sure that your device’s software is up-to-date. Outdated software can cause apps to crash. Finally, contact the app’s developer if the app continues to crash after following these tips. The developer may be able to help resolve the issue.

Why do my apps keep closing?

To prevent Android apps from crashing, you should first ensure that your cellular and Wi-Fi connection is stable. This can be done by keeping the volume of your device low and by turning off the Wi-Fi connection if you’re using a strong signal to prevent overloading. Another reason could be a lack of internal storage space on your device, so you should delete the unwanted content on your handset, like music or videos. You can also download an anti-virus or memory management app to identify the app or files that are taking up more space than needed.