Is Poland Worth Visiting? 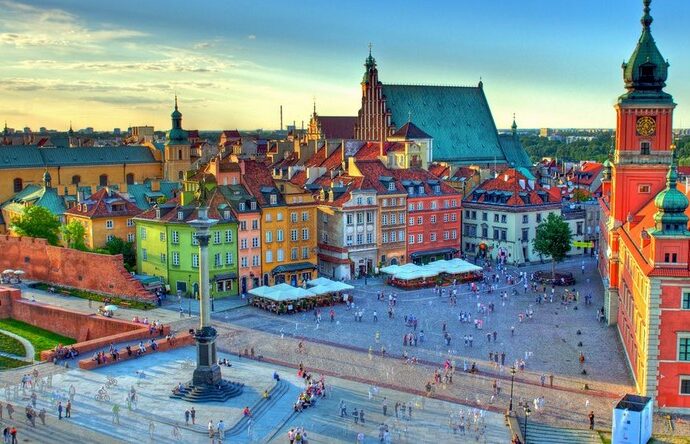 In Poland, there are many reasons to visit. There are beautiful cities like Warsaw, but there are also many interesting places to see, such as Lublin, Torun, and Gdansk’s state museum. Regardless of your reason for visiting, you will be able to have a great time. I’m sure you’ve heard of Poland, but if you

In Poland, there are many reasons to visit. There are beautiful cities like Warsaw, but there are also many interesting places to see, such as Lublin, Torun, and Gdansk’s state museum. Regardless of your reason for visiting, you will be able to have a great time.

I’m sure you’ve heard of Poland, but if you haven’t, it’s a country in Central Europe with an area covering 312,696 km². With this guide to Poland, you’ll get an idea on what you can do and see in the country. From listening to classical music and visiting wonderful churches to exploring the Baltic Sea coastline and its historic harbor towns, Poland is one of the most diverse countries in Europe.

Warsaw, Poland, has a quirky, eclectic vibe. This European city offers everything from gritty and urban neighborhoods to modern shopping malls and milk bars. There are many interesting attractions within walking distance of each other. Warsaw has a large, university-aged population and excellent public transport links.

The city of Lublin is a great place for sightseeing and exploring. Lublin, also called the Lublin Province, is located in southeast Poland. It is home to several museums, churches, and historical sites.

The Old Town is a UNESCO World Heritage Site. You can take a guided tour to see the medieval buildings and its historic sites. The medieval Old Town Hall is notable for its symmetrical design and high-vaulted interior. It also houses a museum of stained glass. The 14th-century Franciscan Church is another important landmark.

Ambers are a famous commodity in Gdansk, and you’ll want to check out the Amber Museum. Although the museum doesn’t sell Amber jewelry, you can learn about the history of the material. The museum exhibits fossilized flora, tools used for extraction, and modern and medieval items made from the precious stone. You can even see a miniature ship made of Amber.

The town is becoming a more attractive destination for tourists. Recently, its center has been converted into a promenade, its spa park has been rejuvenated, and the city’s old football stadium has been renovated. There are numerous art and post-secondary schools and a branch of the University of Swinoujscie. There are numerous attractions in the city and plenty of things to do, including a beautiful beach.

Gdansk’s old brewery is one of the city’s oldest buildings and is well worth a visit. In the fifteenth century, it was used to unload ships and is now part of the Maritime Museum. Visitors can also enjoy a visit to the museum’s library.

The Schindler’s Factory was a place where Jews worked to save their lives during the Second World War. It became a refuge for more than 1,200 Jewish people, and at its height employed up to 1,750 people. However, many more died in the Nazi concentration camps.

Although many people in Western Europe and North America tend to overlook Poland for the tourist, the country offers a lot for the intrepid visitor. Interestingly, these attractions seem to be getting more popular with travelers in recent years. I suspect this is why you’re reading this article right now.