Everything you’re looking for about a French Bulldogs 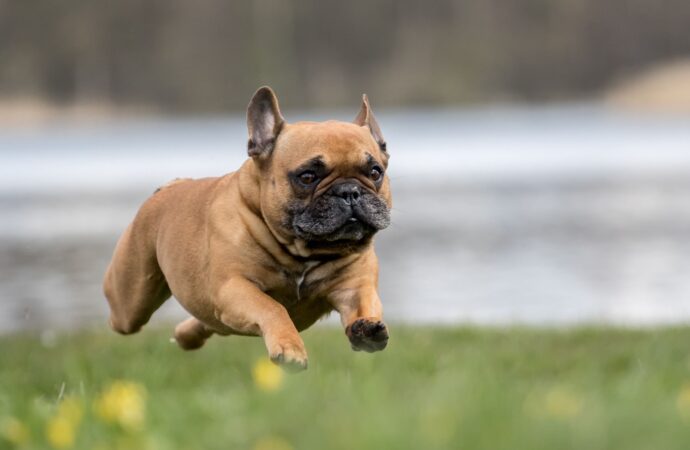 When looking for a toy dog, you’ll want to take a look at French Bulldogs. These are toy dogs that have originated from Paris in the mid-19th century, apparently through the crossbreeding of Toy Bulldogs imported from England with local Parisian ratters. While the appearance of this type of dog may seem like the same

When looking for a toy dog, you’ll want to take a look at French Bulldogs. These are toy dogs that have originated from Paris in the mid-19th century, apparently through the crossbreeding of Toy Bulldogs imported from England with local Parisian ratters. While the appearance of this type of dog may seem like the same as other toy bulldogs, there are a number of characteristics that make this dog unique.

The French Bulldog is a playful, compact and affectionate breed. It is one of the fastest growing dog breeds in the United States. They are a good choice for families and older individuals. Their playful nature makes them ideal companions.

The French Bulldog is a descendent of the British Bulldog. These bulldogs were bred for bull-baiting, a medieval sport in which dogs attacked a bull. However, the sport was outlawed in England in 1835.

When the Industrial Revolution began, many lace workers left Britain to find work in France. Lacemakers took with them a variety of small dogs, including Bulldogs.

In the late 19th century, many American travelers became fascinated by the little Bulldogs found in France. This led to the creation of a trade in imported miniature Bulldogs.

During this time, the American Kennel Club renamed the imported dog “French Bulldogs.” Despite the change, however, the breed continued to be popular in the United States.

Some wealthy Americans took their dogs with them on vacations to France. During this period, the Bouledogue Francais became a favorite of Parisian socialites.

Bouledogue Francais supporters held their first show in 1902. The English Kennel Club finally permitted the dog to be a breed.

The French Bulldog is an intelligent dog with a relaxed and playful attitude. They are loyal and loving companions. In the mid-19th century, the French Bulldog was introduced in Paris. It is believed to have originated in the crossbreeding of Toy Bulldogs imported from England with local ratters.

Grooming your French Bulldog is a great way to bond with your pet. It also helps promote their overall health. Many people believe that they don’t need to groom their dog regularly. Although this may be true in certain situations, it isn’t true in all cases. If you want your French Bulldog to be clean and smelling good, you should be willing to commit some time to grooming.

While there are no specific rules to follow, there are a few tips and tricks you can use to ensure your dog’s grooming is done efficiently. In addition, it is important to choose the right tools for the job. You should also learn how to properly brush your dog’s coat. This will help keep your dog’s teeth healthy and prevent tooth loss as they age.

A coat that’s in good shape can make a huge difference in your dog’s appearance. Some owners choose to take their dogs to a professional to get their coats professionally trimmed. However, if you prefer to keep your pet at home, you can trim your French Bulldog’s coat yourself. For a healthy coat, you should brush it at least once a week. This will ensure that the coat remains moisturized and shiny.

The French Bulldog is a dog that is both loyal and playful. They are also great family pets. In fact, they are the perfect lap dog. Aside from being cute, they are also smart. French bulldogs are very easy to train. You just need to give them extra attention. French Bulldogs are good with kids, though some may be a little bit stubborn. However, this can be easily corrected.

The French Bulldog is a very intelligent breed. It is usually well-mannered, and it’s a great choice for people who are new to dog ownership. However, a French Bulldog can be a little bit aggressive at times. This can be a result of frustration, especially when he is tied to something. Also, you may find that French Bulldogs may become a bit aggressive when they see a new animal in the vicinity.

They have the ability to be a good guard dog, but they can be a little bit territorial when they are young. For this reason, it is important to supervise your French Bulldog when children are around. The French Bulldog is a fairly small dog. The average adult dog weighs between 16 and 24 pounds. Males are a bit bigger than females, but they are not particularly large.

As a general rule, French Bulldogs are energetic, but they don’t usually get too excitable. Unless you’re planning to leave them in a room all day, they’ll need some exercise and interaction. So, it’s best to find some playmates for them to interact with.

A French Bulldog’s temperament is highly influenced by its genetic makeup and its environment. If you’re looking to adopt one of these adorable dogs, keep in mind that they aren’t just fun to watch, they’re also a lot of work! But more importantly, french bulldogs for sale a safe place. For this, a company like https://www.primefrenchbulldogs.com/ is best for you.

French Bulldogs are a popular canine breed. They’re a loyal and playful dog that can be a great companion. However, they’re also prone to a number of health issues. It’s important to be aware of these issues so you can prevent or treat them.

Keeping a French Bulldog healthy will improve the lifespan of your pet. Regular health check-ups and exercise can also help to prevent a number of health problems.